Light pollution in the Red Sea

As the global population continues to grow exponentially, coastal cities are also becoming inundated by humans and bear the strain of increasing waste, carbon emissions, and other environmental stressors. In the age of climate change, many studies have been done on how our carbon footprint and waste affect life on earth, but artificial light at night (ALAN) is a topic that has been absent from this conversation, yet plays a large role on the biological processes of the majority of species on our planet and is foundational for the function of modern societies. The cycles of light and dark during a 24 hour period determine many processes ranging from the change in color of leaves to the circadian rhythm, or the internal clock that determines one’s sleeping patterns.

Ecosystems ranging from the frigid Antarctic waters to tropical coral reefs are experiencing the repercussions of a changing climate, and researchers have been busy studying how ocean acidification, hypoxia (a lack of oxygen), warming, and even heavy metal pollution will affect these communities. Still, not much research has been done to study the impacts of artificial lighting on shallow coral reefs along booming cities, like the oasis destination of Eilat.

The popular tourist city of Eilat at the southern tip of Israel and the Northernmost point of the Red Sea resembles the grandiose hotels, neon haze, and constant hum that visitors find along The Strip of Las Vegas in Nevada, USA. Eilat offers a unique opportunity to study the effects of intense light pollution on the biological processes of shallow coral reefs.

What is ALAN and why is it important?

National Geographic explains the details and harms of artificial light pollution at night (ALAN) in their video titled “Light Pollution 101.” Light pollution affects much of the globe and can be seen on an interactive map.

The effects of ALAN extend far beyond a restless night of sleep, and studies are now emerging that show a link between ALAN and obesity, reduced DNA repair, and memory impairment. Thus, it’s critical to begin studying the extent of ALAN not only in humans, but for animals as well.

What We Know So Far

A lab led by Dr. Oren Levy at Bar-Ilan University is leading this charge, and multiple papers on physiology and cellular damage have recently been published – most notably in the highly-respected journal, Nature. This research aims to examine how corals in Eilat are responding to light pollution to ultimately understand and infer current and future reef stability and health.

A groundbreaking study conducted in Eilat and published in Science in September 2019 shows evidence of the breakdown of the massive synchronized broadcast spawning event that all corals must undergo to reproduce. This impossibly timed phenomenon is determined by light and night cycles throughout the year and occurs annually around full moons. In fact, the spawning is so well coordinated that researchers can predict when corals will spawn. However, the slow breakdown of this synchronized event has experts searching for factors that are threatening the successful reproduction of coral.

This is a critical finding because corals that broadcast spawn or expel their gametes (germ cells) into the surrounding water must do so at the same time as other corals of the same species, or otherwise, these species are threatened with extinction due to reproductive failure.

A difficult future looms large over the shallow reefs of Eilat as Dr. Yossi Loya and his team have found. Now researchers are looking for the factor that influences the deterioration of this delicate reproductive event.

Yaeli Rosenberg recently published her research with Dr. Levy on coral biological processes and light pollution, which can be found on nature.com. Their study establishes ALAN as a critical factor of coral health in the Red Sea by analyzing gene expression. While gene expression is a more complex science to describe, it is a powerful tool that can shed light on many things that are happening within corals. Yaeli was using gene expression to identify processes within cells that were influenced by ALAN to determine if light pollution disturbs corals.

Results from this research show that the cells of corals are proliferating, growing, synthesizing protein, and changing their receptors for light 25 times more than those coral cells in the control treatment.  Exacerbated cell proliferation and growth are the foundation of cancer which threatens the health of corals just as cancer threatens humankind. Thus, the finding supports the claim that light is a chronic disturbance and threatens the health of coral reefs in the future.

Yaeli’s motivation for this work comes from her enthusiasm for studying the deeper levels of organisms. In her words: “It’s mind-blowing to not see something on the outside but to know it’s there.”Yaeli’s passion for corals has led her to complete a master’s degree and a PhD with Dr. Oren Levy, studying a topic that she never thought she’d study but now finds endlessly fascinating – biological clocks. This innate internal timing mechanism controls circadian rhythm, or the 24-hour cycle that dictates behavior (e.g. eating and sleeping). Yaeli’s work has led her to study the influence of light because “biological clocks are framed by light.”

This research was based at the Inter-University Institute (IUI) of Marine Sciences in Eilat, where Yaeli Rosenberg and other members of the Levy lab are continuing to study the influence of ALAN on the biological processes of critters in coral reef ecosystems.

Light at the end of the tunnel

While the threats of ALAN are concerning, there is hope to shift our actions to protect the health of humans and animals around the world. One successful example of changing our actions to benefit those around us is the IUI and their use of red light at night rather than common fluorescent or LED lighting methods. This change was adopted by IUI in their endeavor to protect corals by using a type of light that does not interfere with corals and decreases their impact on the reefs.

Ultimately, marine science is shifting to understand how shallow coral reefs – like those in Eilat – will fare in a future influenced by light pollution.

This ZAVIT article was also published in The Jewish Journal on 05/04/2020.

Photo by Dave Herring on Unsplash

Too much water for the Kinneret?

Since the beginning of the year, the Sea of Galilee (Kinneret) has been rising at a consistent rate. Over the last couple of weeks, the water level has been pushing closer and closer to the “upper red line,” reaching a 16-year high. Such an extreme rise does not come without ecological implications 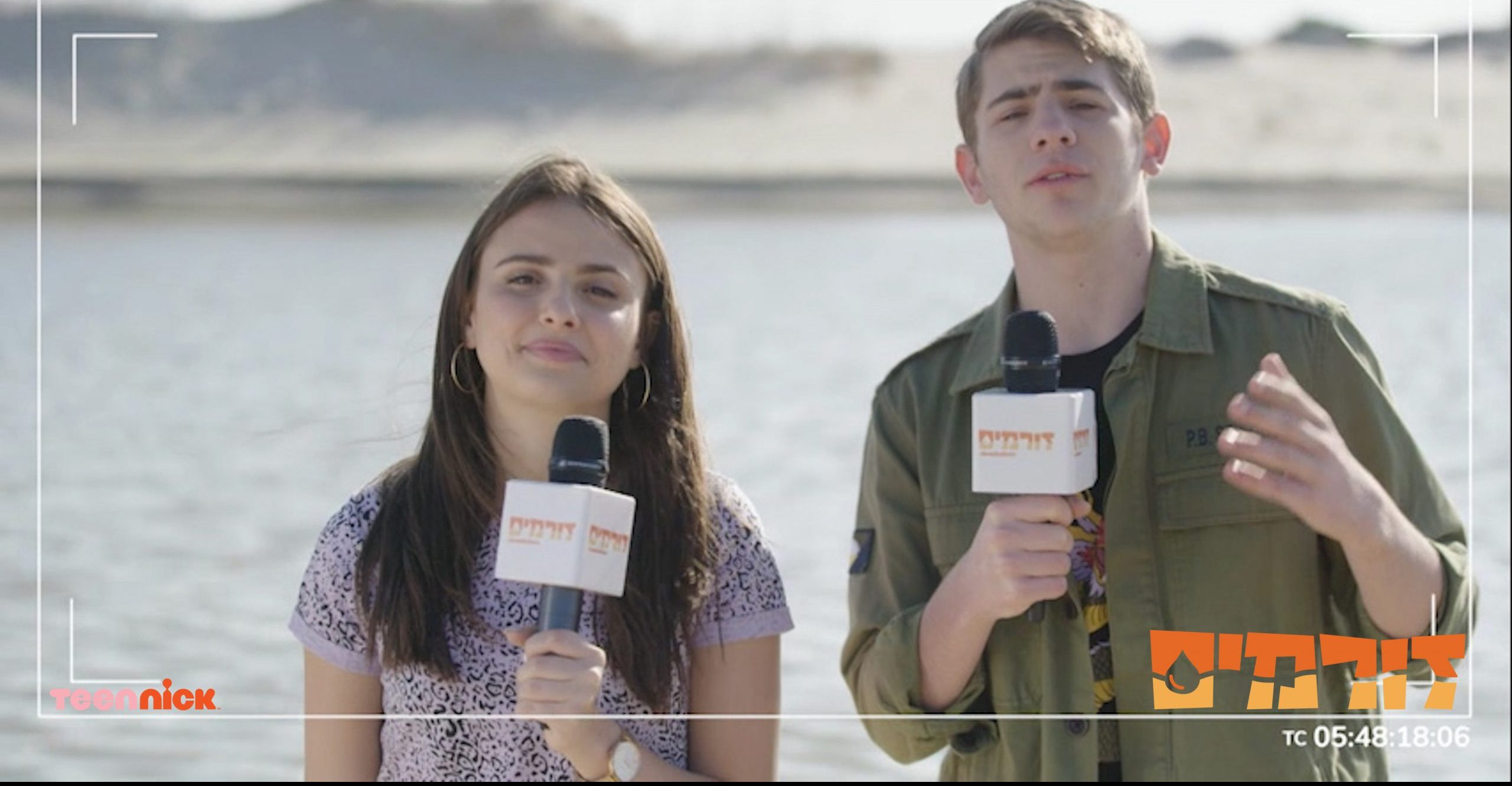 With COVID-19 dominating the news, many people on lockdown are looking for new and entertaining shows to take their mind off things. Look no further than Zormim (“Flowing”). 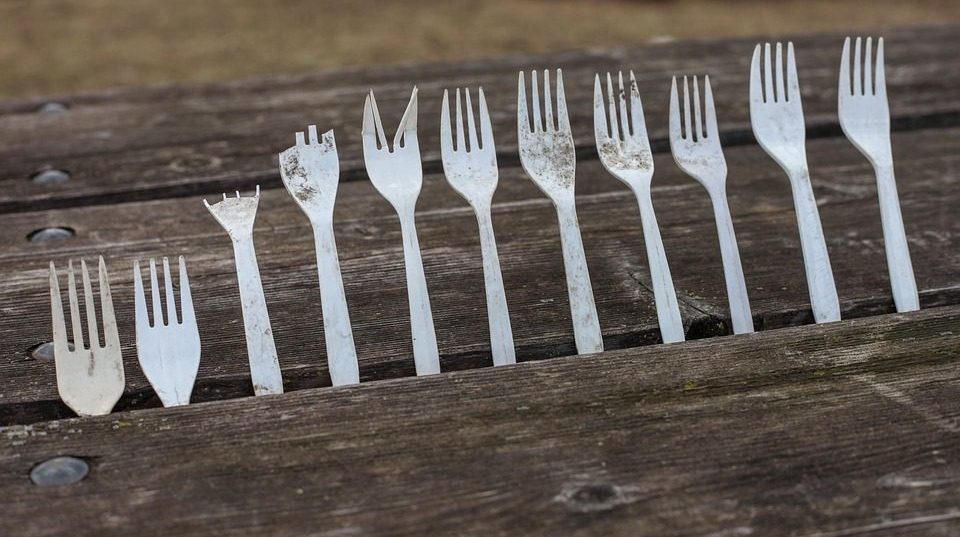 Photo by Jasmin_Sessler on Pixabay

Partial lockdown raises concerns over potential increase in demand for single-use items due to food delivery services and protective masks; but while plastics may temporarily be on rise, outbreak could have positive impact on country's green credentials