The Mountain Gazelle is a symbol of nature conservation in Israel, but its habitats are disappearing quickly, and its future is uncertain. Luckily, the country’s forests seem to have given refuge to stable gazelle populations. For the first time, scientists are trying to understand how Israel’s pine forests support these elusive herbivores

During the last three decades, Israel’s gazelle populations have been shrinking dramatically, mainly due to habitat fragmentation caused by human development. Unfortunately, that is not the only critical factor that makes it increasingly difficult for gazelles to survive in the wild.

“Aside from habitat fragmentation, there are other reasons why Israeli gazelle populations are on the decline,” explains Dr. Guy Dovrat, a researcher at the Agricultural Research Organization, Volcani Center, and head of the study, which is conducted in collaboration with Keren Kayemet LeYisrael – the Jewish National Fund (KKL-JNF).

“There are various diseases the animals can easily contract from livestock, such as the foot-and-mouth disease. In addition, wild dogs and more recently wolfs, primarily in the north of Israel, prey on the young gazelles, which makes it hard for the populations to develop and become stable.” According to Dovrat, poaching is another threat the gazelles are facing all over the country, particularly in the south.

“Most of Israel’s gazelle populations are very small and fragmented, some of which can be found in the Jerusalem area or the coastal plain. Unfortunately, it is very unlikely that these scattered populations will persist in the future as they are too small, and the environmental conditions are too unfavorable. However, there are stable populations in some of the planted forests of JNF-KKL,” says Dovrat.

What do gazelles eat in the forest?

Dovrat explains that, although gazelles in Israel are not native to forest or woodland areas, the researchers have been observing ongoing gazelle activity in the JNF-KKL forests.

“It appears that forest areas provide protection from different threats and a network of ecological corridors that allow movement and spread,” says Dovrat. “Our goal is to get a better picture of what the gazelles eat in the forests as well as the quality of their food. This is important as these populations rely partly on the forest’s understory for their nutrition,” he continues. “We want to understand if the forests can support healthy gazelle populations,” he adds.

Although the study is still in its early stages, one of the things the researchers came to understand about the gazelles in Israel is that they are browsers who specialize in eating leaves and different greenery. “We used to think that they are grazers who only eat grass and herbaceous vegetation. But their diet is depended on the seasonality of the Mediterranean climate. We don’t have green grass throughout the whole year, but we have a lot of shrubs and bushes that grow in the understory of the pine forests,” says Dovrat.

The secret in the gazelle feces

“The most interesting aspect of the research is that we are using NIRS technology (Near-infrared spectroscopy), which is a method that allows us to understand the composition of the gazelle’s nutrition by examining their feces. That might give us an insight into what the animals eat over the course of the year.”

According to Dovrat, this aspect of the study is based on an important work of the researcher Amir Anon, who collected roadkill for one of his studies and analyzed the animals’ stomach and colon contents with the help of the NIRS technology. “We use that as a starting point, and it allows us to gauge what kind of nutritional values we are looking for,” says Dovrat.

Additionally, the scientists are using surveillance cameras to track the gazelle’s movements. Male gazelles are marking their territory with feces, which helps the researchers to detect their activity. Aside from using gazelle feces to determine the animal’s movements through the forests, Dovrat and his team are trying to find out how gazelles might aid in seed dispersal, and therefore in the preservation and development of the forest ecosystems.

“We germinate gazelle feces in pots in the controlled environment of our laboratory to find out which plants are growing from the feces,” Dovrat explains.

“It is not the first time that scientists in Israel are analyzing the guts or the feces of large herbivores to find out more about their dietary habits. However, this is the first time we are using the animal’s feces to get an overall nutrition index of a native species. Also, the fact that we are doing it without interfering in the animal’s environment or harming any individuals, as we are only using roadkill for our examinations, is new,” he adds.

With Israel’s gazelle populations in a continuous decline, the researchers hope that their findings will contribute to the conservation of this endangered species. As stated by Dovrat, not only may gazelles facilitate the dispersal of seeds, but they might also be valuable for the health of the forests and the maintenance of ecological corridors by feeding on and shaping the forest understory.

“We hope that the conclusions of the study can be used in planning future plantings and in shaping existing forest areas, to improve the carrying capacity of the land for native species, with an emphasis on endangered species,” he concludes.

Have you recently come across some strange words written in chalk on the sidewalk? Most likely, this is not a children's game, but a new initiative aiming to raise awareness about the importance of wild plants in the urban environment – and it is gaining momentum. 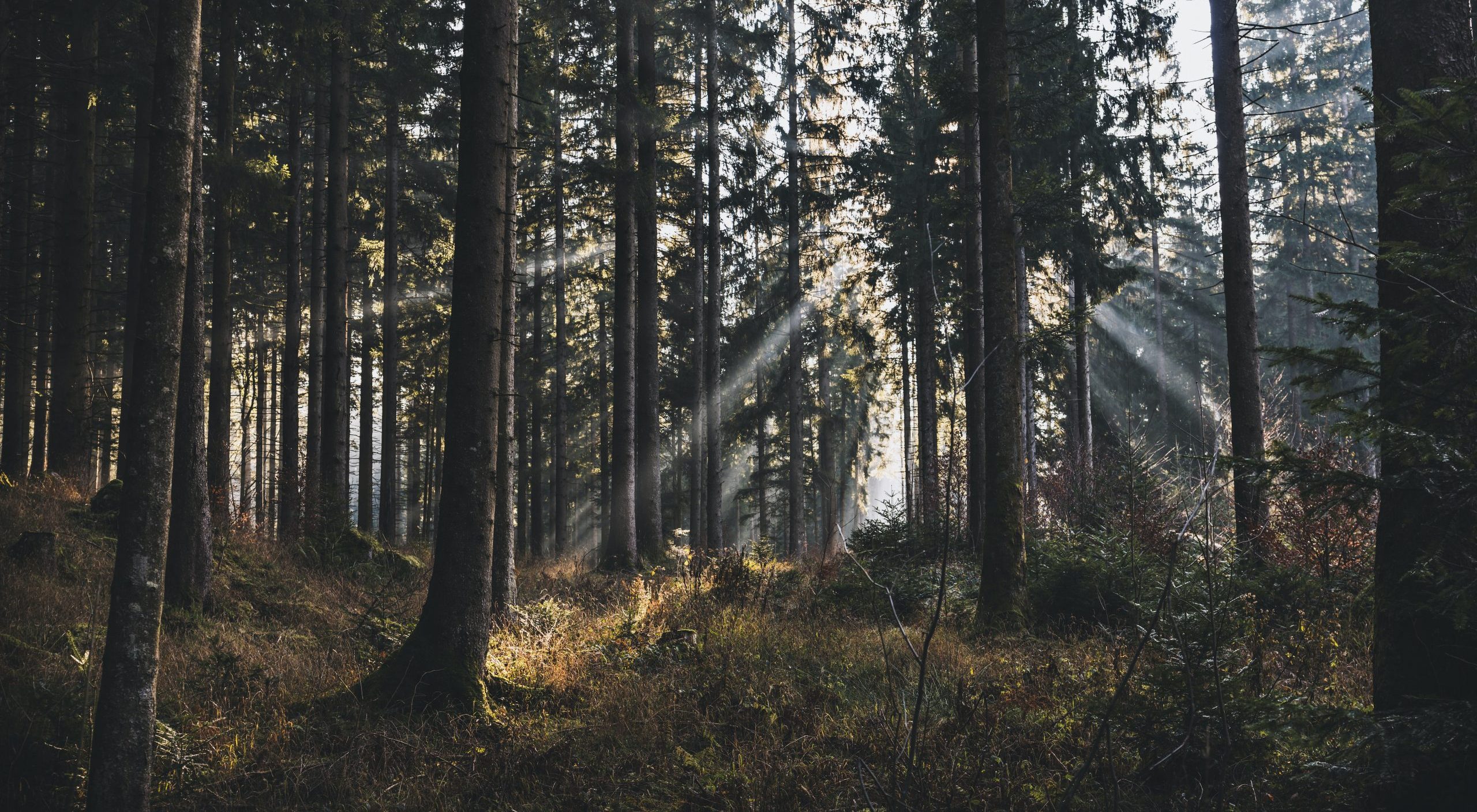 Photo by Jochen Bückers on Unsplash

What will happen to the trees?

In hardly any other country of the world has planting trees changed the landscape and the living conditions as much as it did in Israel. In an ongoing research study on the country’s forests, researchers are looking for an answer to the question: “How will Israel manage and preserve its forests in the future?”

There is a little natural wonder, hidden underwater just off the beach of the Bat Galim neighborhood in Haifa. But the authorities’ continued disregard for the site could significantly damage its unique ecosystem