Israel’s markets are about to get ugly

A team of students work to bring Israel’s ugly fruits and vegetables to supermarkets nationwide, in order to cut food waste and environmental harm

In today’s world of filters and Photoshop exists an aspiration toward seemingly blemish-free perfection. Except, what happens when society’s standards of beauty start applying to fruits and vegetables? Considered the ugly ducklings of the supermarkets, tons of imperfect fruits and vegetables are grown each day, but hardly join the ranks of flawless produce on the stands, as they are left to contribute to growing food waste and environmental harm. However, a new green initiative is taking root in Israel to bring these ugly fruits and vegetables to markets nation-wide, blemishes and all.

Recent graduates from Israel’s IDC Herzliya are taking it upon themselves to reduce this domestic food waste by increasing sales of ugly produce in the mainstream Israeli markets. Through joint legal and public relations efforts, they have committed themselves to a cause that is gaining followers across the globe, from France to the United States.

“People are not perfect. Everybody is unique and each one of us is special. Why do we expect our fruits and vegetables to be any different?” asks Romi Davidor, one of the leaders of this group initiative.

Ugly fruits and vegetables are a typical sight on the farm. A byproduct of external factors like weather, this produce is dubbed ugly because of slight dents and deformations that are deemed unfit for the stands. Despite appearance, they contain the same nutritional value and taste; yet the majority of these products end up as food waste.

Davidor and a handful of her peers from the IDC spent the past year as students surveying farmers and consumers across Israel to find potential methods to combat Israel’s increasing food waste. According to a January 2016 Leket Israel report, Israel wastes approximately 2.45 million tons of food, 75 percent of which are ugly fruits and vegetables. Out of all the ugly produce that is yielded, the IDC surveys reveal that 60 percent – 40,000 tons – of ugly fruits and vegetables are thrown out or added to growing landfills. Sometimes, the markup for farmers can get so high that they lack the funds to get the waste properly disposed of, leaving the wasted produce on the ground to go bad over time.

Such actions pose a threat to farmers and the environment. Not only does growing fruits and vegetables exploits some of the country’s limited raw materials, such as water and soil. But also, when farmers discard this food, they are losing money on produce they invested in and could be selling in stores. Further, once discarded, food waste that goes to the landfills emits methane gas, which contributes to harmful greenhouse gas emissions.

The IDC’s team of students, who graduated this spring, discovered this waste could be reduced if retailers sold these ugly fruits and vegetables at a 25-27 percent discount, giving money back to the farmers and curtailing the negative effects on the environment. As Davidor insisted, “you can’t ignore pounds and pounds of produce that are going nowhere.”

“I think agricultural value in the State of Israel is really important, and if we’re not going to treat our farmers better, there’s going to be a huge loss for Israel,” she said. “This is something that can actually take care of some of the problems.”

“This law will tell all Israeli consumers and vendors that ugly produce is fine, it’s healthy and just as perfect. It will really change the way farmers can sell or not sell these products,” Davidor said. “When you hear your Knesset member say something is the law, it is easier to accept it.”

In collaboration with parliamentary assistants within the Knesset, the team is currently working on fine-tuning its legislation proposal as they await a response regarding a possible she’iltah for the Minister of Agriculture. A she’iltah is a 52-word question the minister must address publicly, which often helps speed up legislation.

“We talked to people from the Knesset and we tried to understand how we can work together. The she’iltah is one path we are taking, but the Knesset is entering a recess soon, so it may take a while,” Shahar Yaffe, another student helping to lead this initiative, said.

In conjunction with the legal approach, the students are also working on coming up with a large-scale marketing campaign to make its case for the ugly fruits and vegetables most effective.

“I think that only when chains come and take this initiative upon themselves, it will work. The Knesset can help, but it’s stronger when all efforts are combined,” Yaffe said.

Through meetings with various media outlets and public relations specialists, this team is drawing inspiration from other countries that have had success with this initiative at their local market chains, such as the Intermarché in France. The group members believe that selling ugly fruits and vegetables is just as much of a help to markets as it is to the environment and farmers.

“We’re pushing toward making big retailers here in Israel accept our idea like Intermarché did. A company that will take on this project will actually receive a lot of benefits. At Intermarché, they gained 24 percent more consumer traffic in their stores, and they got a great image of being sustainable and eco-friendly. It’s really a win-win situation. I don’t see any downsides,” Davidor said.

Retailers in other countries are also joining the trend of selling ugly fruits and vegetables, from Walmart in the United States to Sainsbury in the United Kingdom. As this movement spreads across the globe, the IDC team wants to make sure their initiative spreads across socioeconomic boundaries in Israel, as well.

“It’s very important for us to emphasize that these vegetables and fruits are for everybody. The rich and the poor. And it should be marketed and branded among various retailers as something for everybody that is available everywhere, from the shuk to Sarona,” Davidor said.

However, not all retailers feel the same way about participating with this approach. Itay Huli, manager of “The Taste of Fruits and Vegetables”, a private produce market in Tel Aviv’s Sarona Market, does not think ugly fruits and vegetables are fit for all types of markets and consumers.

“Here, we have to bring the best produce because chefs shop here and people that want the best quality they can find a shop here,” he said. “I think a special, second-hand shop should be created that sells all of these ugly fruits and vegetables. You cannot bring in second-hand fruit and sell them beside the best fruit you can find.”

While the IDC graduates recognize that resistance to new initiatives may arise, Yaffe encourages consumers and retailers to take a chance on change to help combat food waste and help the environment.

“Like everything in the green economy, in the beginning, you just need to change your mindset to see the opportunity. All around the world, countries are talking about food waste and are trying to find solutions. And there needs to be many solutions; you can’t just have one,” he said.

Davidor adds that despite the resistance that may be present among retailers at the moment, the group’s research shows that consumers tend to be more open to buying discounted ugly fruits and vegetables because of the economic incentive. In fact, out of the all those surveyed, 64 percent would be willing to buy ugly produce for purely financial reasons.

“If I am planning on making a cake, for example, it doesn’t really matter how my fruits and vegetables look, so I would buy them for cheaper since they all taste the same. If I’m going to use my produce to put it, as is, on the table, then I’d rather buy ones that aren’t ugly,” Anat Raz, a Tel Aviv consumer, said.

As these formerly neglected, unfiltered and au natural, start making their marketplace debuts worldwide, the IDC team hopes to use its initiative to reinforce a larger message about environmental care in Israel. According to Davidor, bringing ugly produce to the shelves “could be just one thing that can change people’s mindsets in Israel about environmental issues and sustainability.”

“I hope people will start understanding that sustainability is the real deal,” she said. “We’re not going to be able to live here on this land if we’re not taking care of things like ugly fruits and vegetables”. 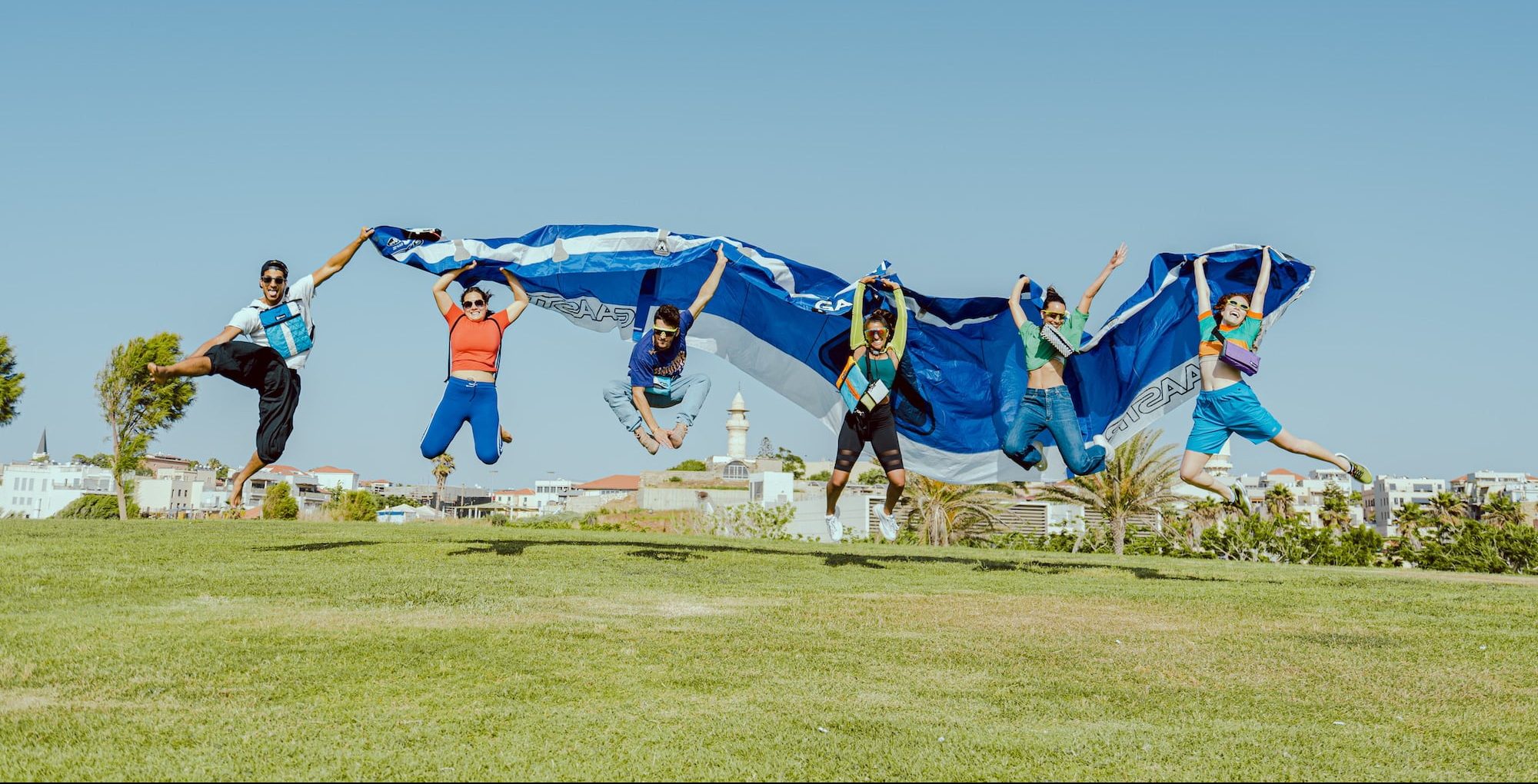