With Sukkot upon us, Jews around the world are celebrating the end of the season’s agricultural harvest and the 40 years of protection from the harsh desert conditions God provided the Israelites while trekking through the Sinai Desert after they fled Egypt. For seven days and nights Jews commemorate the holiday by living in semi-exposed greenery-covered booths called sukkot (singular; sukkah), shelters that God facilitated the Israelites to dwell inside.

However, based on the grammatical scripture, there are some rabbinic scholars who interpret the story differently, suggesting God did not provide physical structures but rather divine clouds to shade and shield the Israelites from the relentless conditions of the desert. Regardless of the exact nature of God’s protection, the Israelites reached their destination while exposed to the natural elements.

If we look at this story from an environmental perspective rather than a biblical one, what can we take away from it? While it was God who protected the Israelites from suffering through the unforgiving droughts and heatwaves of the desert, today, it is now up to us to provide our own protection from these extremities and others around the world, and in light of the IPCC’s latest report, we are dangerously running out of time to do so. What can Israel and the rest of the world do to protect ourselves from a climate crisis of our own making?

Thanks to the efforts of 234 scientists spread across 60 countries, the Intergovernmental Panel on Climate Change (IPCC) has released their Sixth Assessment Report regarding the most up-to-date and most alarming status of climate change yet.

Firstly, the IPCC can now say with absolute confidence that human activity is “unequivocally” causing the rapid changes we are witnessing to the global climate. These changes include the rising sea levels, melting glaciers, and the sheer frequency and escalated intensities of heatwaves, floods, and droughts. And it is without question that humanity’s main contribution to destabilizing our climate is a direct result of burning fossil fuels—coal, oil, and natural gas—a process which now emits an unprecedented 40 billion tons of carbon dioxide into the atmosphere each year.

Due to unceasing industrial greenhouse gas (GHG) emissions and the deterioration of the world’s natural carbon sinks, like forests and coral reefs, the rate of global temperature rise is increasing to a point in which we may very well cross the lower warming threshold set by the Paris Agreement (1.5°C above average pre-industrial levels) as early as the next decade. If this indeed comes to pass, the consequences will be a shameful reflection of our unwillingness to act urgently. Heatwaves, droughts, and wildfires are all expected to become even more frequent, and winter precipitation events are projected to become much larger and occur over shorter durations creating more floods. Additionally, if we fail to keep global temperature rise below the 1.5°C threshold, our ability to produce food agriculturally will be put in serious jeopardy thereby kickstarting an indefinite age of widespread food insecurity.

Limiting global warming to less than 2°C, to which the countries of the world have committed themselves to by signing the Paris Agreement, requires an immediate halt to the increase in GHG emissions and reach a zero balance of emissions by 2050. That is to say, balancing the volume of emissions to equal the planet’s absorption capacities where a net addition of GHGs into the atmosphere will be zero.

After years of stagnancy, the Israeli government finally approved a state budget allocating NIS 625 million to a program entirely devoted to combating the climate crisis. According to Israel’s Environmental Protection Minister, Tamar Zandberg, the program is intended to promote renewable energies and other environmental technologies, facilitate the transition to green transportation, update waste infrastructure, and initiate a reduction in pollutive carbon emissions.

It is no big secret that the State of Israel has historically lagged behind in its transition to renewable energies. According to a report by the Knesset Research and Information Center, the rate of renewable energy production only made up about 5% of the country’s total electricity consumption in 2019, and in 2020, it only grew by an additional 1%. This, of course, failed to meet the Ministry of Energy’s target of achieving a 10% threshold by 2020.

Last year, the Ministry updated its 2030 renewable energy targets to 30% generation, but it is still a relatively low target compared to the rest of the world. For instance, Germany’s renewable energy supplied 46% of electricity production by 2019—9 times greater than that of Israel. Even more impressive is Scotland where 90.1% of all electricity in 2019 came from renewable sources, and they are attempting to reach a renewable energy capacity of 100% within the next few years.

But for a country so rich in sunshine and technological development, why is Israel’s use of renewable energies so low?

“The main problem is that this is a long-term investment. You have to spend a lot of money today to see the benefits that come many years in the future,” says researcher Miki Arzuan of Afeka College of Engineering. “It is difficult for governments to make such moves because they are often not the ones benefitting from the result. However, it is a responsible decision that must be made now for the future of us all.”

According to Arzuan’s research colleague Nitzan Ben Mocha, one of the reasons why the state has not taken more ambitious steps is because of the country’s current investment in natural gas.

“The discovery of Israel’s large Mediterranean gas fields has lowered the country’s motivation to make massive investments in renewable energies,” he says. “The burning of natural gas still pollutes and emits carbon dioxide, and in the process of producing it, methane gas is emitted into the atmosphere.”

Beyond the environmental and economic aspect, the transition to renewable energies would enable Israel to truly become energetically independent.

“Before natural gas was found in Israel, the state had to rely on other countries to sell it coal or oil to generate electricity,” says Ben Mocha. “Even today, if God forbid the gas rigs are damaged, we will be in serious trouble.”

Presented at the 49th Annual Conference for Science and the Environment, a new Israeli study has put forth a plan detailing how Israel can improve its renewable energy infrastructure. According to the researchers, following the outlined roadmap could enable Israel to achieve 100% electricity generation from renewable sources by 2030.

According to Arzuan, Ben Mocha, and Dr. Moshe Tzuva from the Department on Power and Energy Engineering at Afeka College of Engineering, reaching 100% electricity production from renewable sources is within the realm of possibility for Israel. The researchers claim there is enough space, sun, and wind to achieve such a feat and that the transition of energy would become economically viable within a few years.

Wind and especially solar energy are the prime sources for generating the intended amount of electricity because they hold the greatest potential within Israel’s landscape as the country receives an average of nine hours of sunlight per day. Because the production technology of solar and wind energy is modular, it is possible to set up facilities of different sizes as needed.

The researchers recommend dividing Israel into 5 distinct areas according to the existing IEC districts and establishing an independent microgrid within each of them: meaning an electricity system operating completely autonomously from the central grid. Managing the energy grid in this way will make it possible to achieve greater efficiency, savings, and reductions of many other costs.

According to the researchers’ calculations about 300 square kilometers of land would be needed in order to reach the 100% renewable energy goal. However, the vast majority of the intended area is currently designated for agriculture.

“The state has to decide that it is sacrificing many areas that are designated for agriculture in order to establish renewable energy infrastructure in them,” says Arzuan. “Although this is a painful move, there is no choice.”

However, it is hoped that technological solutions will enable the dual use of agricultural land. For instance, solar panels could be placed on an elevated frame allowing agricultural cultivation to still be possible beneath them with the proper mechanization needed. Doing so would avoid the need to give up so much agricultural land because maximizing private and public solar roofing alone will not be enough.

Furthermore, due to the fact that the sunny and windy conditions are not always constantly available, the study considers the widespread use of energy storage facilities as well.

According to the study, the cost of the project is estimated at no less than NIS 250 billion—more than half of the state budget for 2021 that was recently approved by the government, about NIS 432.5 billion.

While this may seem like an excessive financial burden, researchers Arzuan and Ben Mocha see it differently. If you deduct the cost savings of setting up power generation facilities from polluting fossil fuels, the savings in the fuels themselves, and the value of the pollutant emissions they will save from the total state budget, it will actually cost NIS 106 billion and be spread over 10 or 20 years.

“In the past, the costs of generating electricity from renewable energies were very high, but over the years they have dropped significantly, and we have reached a point where they are even lower than those of electricity generation from fossil fuels,” says Arzuan. “The decision to transfer the entire country’s electricity generation to renewable energies can cause the cost of electricity in Israel to fall, end air pollution, lower the rate of respiratory illnesses, and over the years, we will even make money back thanks to the savings it allows.”

According to IPCC scientists, we still have a chance to limit global warming at the end of the 21st century to less than 2°C if we urgently and drastically reduce our GHG emissions by 2050. Even though it is now almost unrealistic, there is still a chance we can stay below the 1.5°C threshold.

If we continue on business as usual, we can expect our planet to become 5°C warmer on average compared to pre-industrial temperatures by the end of the century. That’s the reality. If this comes to pass, life as we know it now will become practically impossible across many regions including the Middle East and unbearable in many others. And unlike the story of Sukkot, it’s up to us to protect ourselves from the bitter weather conditions that we have carelessly let spiral out of control.

In collaboration with Amnon Direktor and Dr. Adi Levi, Scientific Director of the Israeli Association of Ecology and Environmental Sciences and Head of the Division of Environmental and Sustainability at the Achva Academic College. 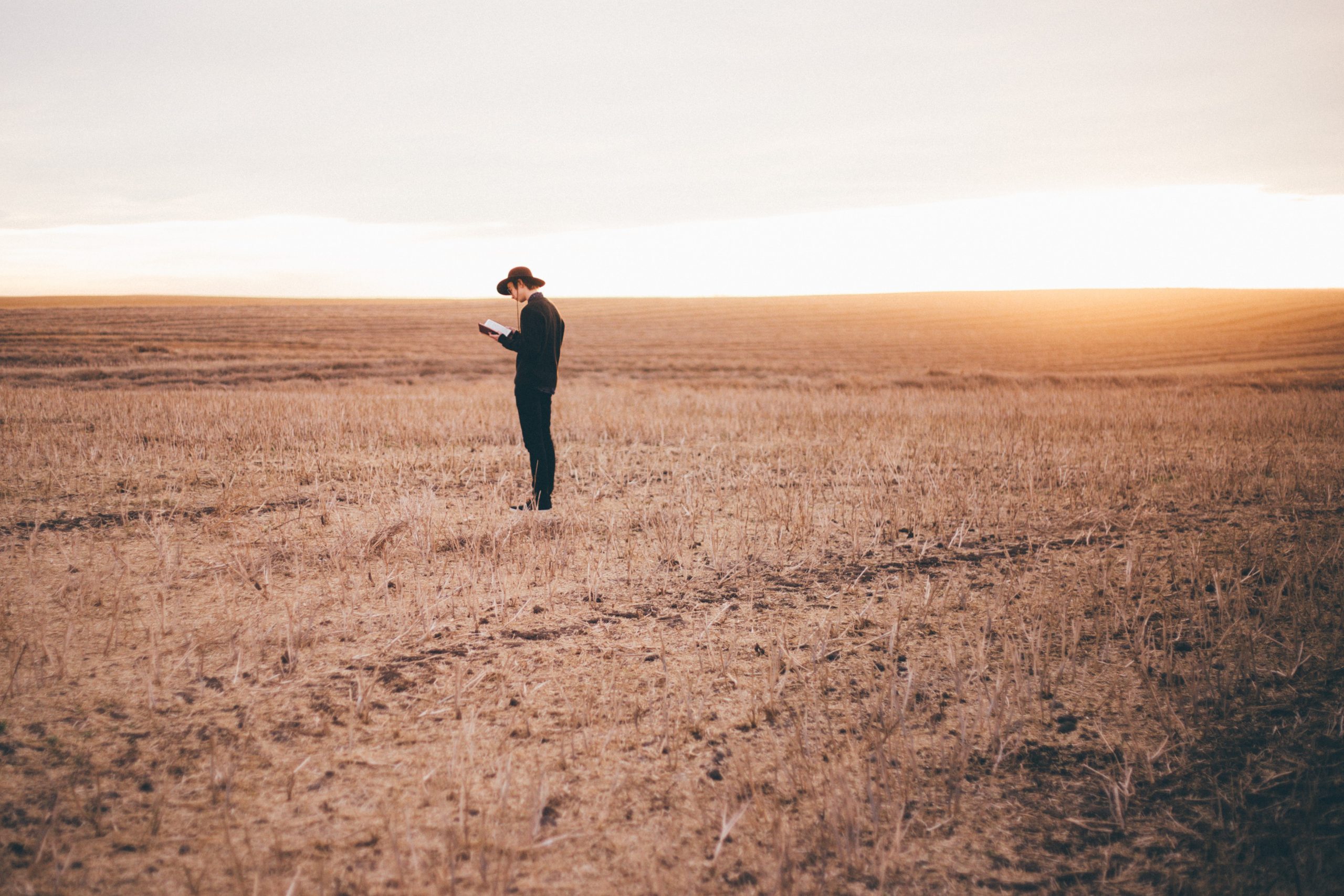 The Line Between Religion and the Environment

Is there a connection between religion and the environment? It is often thought that caring about religion does not go hand in hand with being environmentally conscious. However, religious leaders of different faiths are confronting this misconception